In the picture below you can see the line from Derby to Manchester that used to part of the Midland Main Line connecting London and Manchester. It is now cut back to serving Derby and Sheffield. 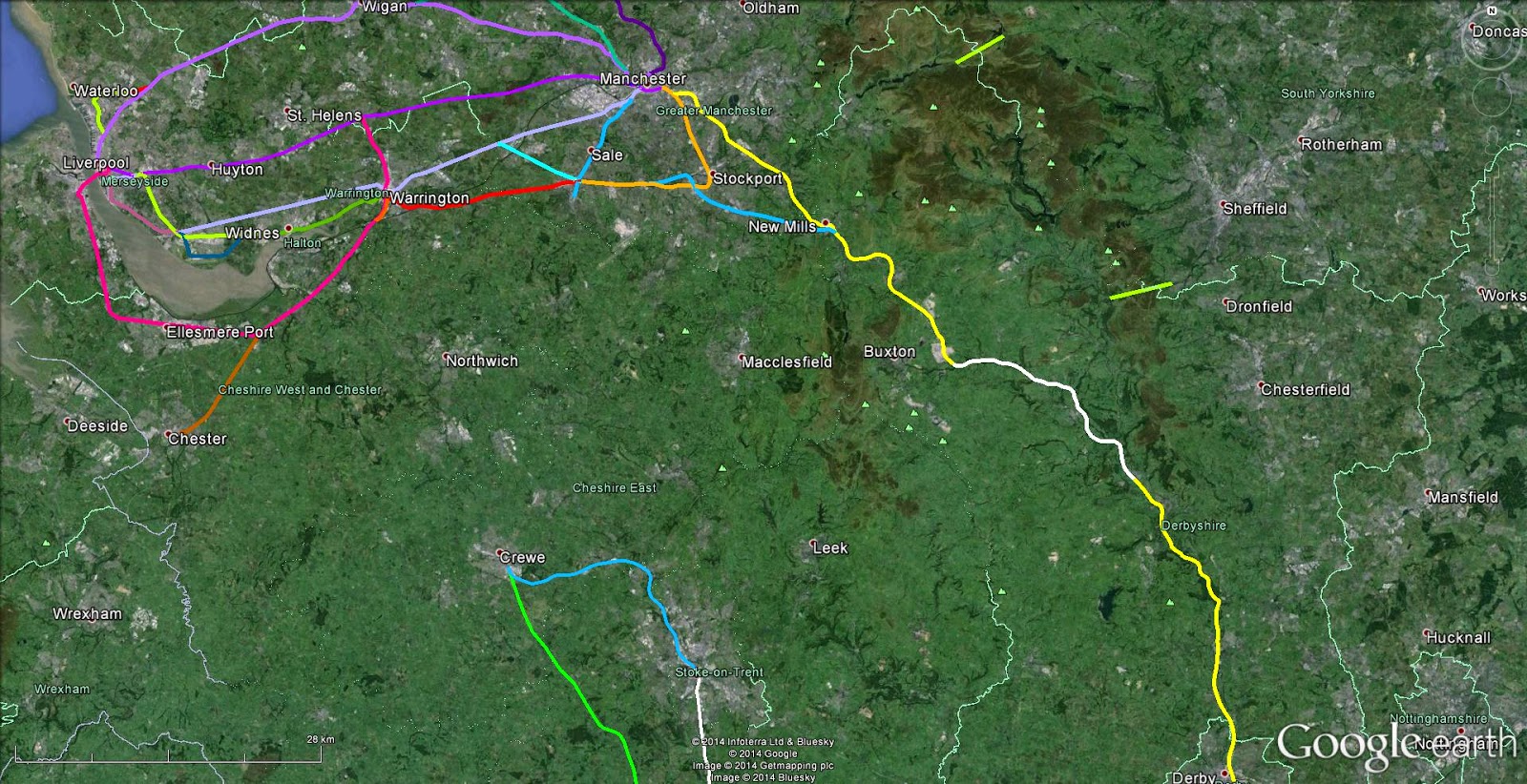 The yellow portions of the Line out of Derby and Manchester are still in use but not as a main line. The white section in the middle is 14 miles of unused track bed.
Reconnecting this would add redundancy to the London Northwest link and provide a direct faster connection to the East Midlands.
It and HS3 will create a Northern power house an eXtended Midland Mainline can only boost it further.
Posted by pirate at 13:55:00 No comments:

The building of the Ordsall Chord seems to be funding and going ahead if coupled with that Merseytravel's Airport spur was constructed and the Warrington Altrincham line reinstated. Then an outer loop could be formed, providing direct links from,  Say Widnes to Bolton/ Altrincham and Bootle as well as providing links to between Liverpool, both Manchester's stations and Stockport.
A link from the Northern Line from Bootle via the stock interchange to St James and the Wirral would push the loop out to Ellesmere Port and Runcorn. Though a reverse at Liverpool could do the same.
A map of Liverpool with some of the changes proposed in Merseytravel's 30-year plan.

Details of the Ordsall chord.

The red line departing right is the disused Warrington and Altrincham Junction Railway
all the other lines are intact and in use though the green line entering left is only used for freight and connects to Ditton Junction.

Some parts of the network are now operated by MetroLink but use old rail alignments. Converting these to Tram-Train allow connections to places like Prestwich direct from Liverpool.
Posted by pirate at 01:07:00 No comments: