Trident: A fork in the road.

I've always been a supporter of the UK having nuclear weapons. The morality of a weapon doesn't depend on upon its size, destroying a city by conventional carpet bombing is just as immoral as using a nuclear weapon.

I'm less keen on Trident for several reasons, one of which is that with the rise of Anti-Ballistic Missile (ABM) system it will become less effective. The major powers are developing Hypersonic Glide Vehicles to overcome this defence. These vehicles will be launched from ICBMs, but instead of following a ballistic trajectory to their target, they will fly at a speed approaching Mach 10 in the upper atmosphere. So reducing reaction time for any ABM system.

For the UK developing one of these is a possibility, perhaps along with France, the other possibility is a very long range (3000 miles +) cruise missile, which is the option I prefer. This is partly down to utility and partly down to the rise of Unmanned Aerial Vehicles, Drones to you. What is a cruise missile, but a single use, disposable UAV? The UK is committed to developing UAV, so why not take advantage of this convergence of technology.

I was struck by the following assessment on Wikipedia of the Royal United Services Institute suggestion for a Trident replacement.

A ‘Dual-Capable’ Submarine Force: "This would maintain the plan to build new submarines, but with only four missile tubes (compared with the twelve currently planned) and with an explicit design mandate that asked designers to allow them also to perform conventional roles... It would not be possible, however, for potential adversaries to detect whether or not a particular boat was nuclear-armed when it went on patrol. Such an arrangement could, in time, combine increased survivability for the nuclear force while also holding out the possibility of further reductions in the size and readiness of the nuclear deterrent." 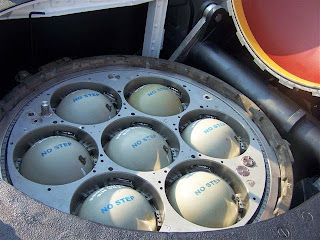 The US Navy has converted 4 of its Ohio-class Trident submarines to a role which replaces the Trident missiles with 7 Tomahawk cruise missiles as well as many other systems.

The US's current attack submarine is the Virginia Class, which as part if its design contains the Virginia Payload Module a system which is very similar to having Trident Launch tubes, but with the 7 cruise missile armament, though these will not be nuclear capable.

These all point to the end of the dedicated ballistic missile submarine, Tridents replacement should be the dual use boat, when not armed with Trident, the tubes should not be empty but armed for other jobs. These boats should be based on the Astute class, and when the Astute class comes up for replacement, they should be replaced by dual use boats. This could provide a Navy with a Nuclear Submarine fleet of 11+ boats, possibly up to 14, with greater flexibility than the current system.

In the very long term, a cruise missile could replace the Trident missiles themselves, in about 2050, which will be long after I've stopped being.

Jeremy Corbyn, the new Labour leader, is against Trident's replacement, but given the current makeup of parliament, he is unlikely to get his way. That doesn't mean he cannot influence the system, with dual use boats, the boats do not become waste if Nuclear weapons are  abandoned. The dual use plan adapts the system to the threats faced now and at the same time makes Nuclear Disarmament easier.

When it comes to a vote in the Commons on replacement I cannot see JC ever asking his party to vote for a replacement of the Vanguard boats, but it might be easier for the party to abstain on Dual Use boats, if that is a way of stopping a like replacement, with all the costs and limited capability that entails, and as the RUSI report suggests this, "while also holding out the possibility of further reductions in the size and readiness of the nuclear deterrent." which is at least a step in the direction JC wants to go, it is better than no step at all.
Posted by pirate at 23:45:00 1 comment: