In the world of English literature, everyone opinion of the validity of Jane Austen's work as a guide the femininity in the 21st century or whether she can be held up as a proto-feminist may be valid. However when dealing with real world issues such as global warming or the environment, not everyone opinion is valid.
The only reason I can be bothered to have a debate with you is because at some point action made need democratic approval. Now even if the antiscience POV wins, it will not make their arguments right, it will have no bearing on the validity of anyone's arguments. The physical real world does not care about a majority opinion, it will not agree to disagree with you.
Your feelings are not at all valuable in determining if a debate was good or not. A good debate is not determined by everybody leaving feeling positive about themselves and the process but by the right conclusions having been come to, if after spending time defending a point, then some time later shoot your own argument in the foot, then expect never to be taken seriously again.
The laws of physics and the universe do not care how you feel. 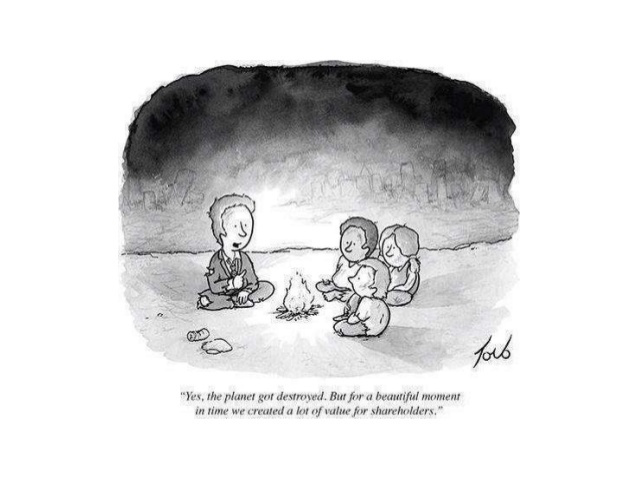 The smug feeling that hippies and touch feely everyone POV is valid, well you just the stock broker in this picture, because To those laws, your opinions and happiness at the debate are as valuable as ths guy's "value for shareholder".

Wolstenholme Square 75 years and back to Square one.

Some of you may have heard of Liverpool nightclubs, Cream, The Continental and The Kazimier, few of you will know they sat on Wolstenholme Square. For a more detailed history see liverpool1207.

At the beginning of May 1941, the square looked like this. Nice buildings but only a paint factory In May 1941, along with other parts of Liverpool it was the subject of an unscheduled redevelopment by the Luftwaffe. Unscheduled as far as the owners and Liverpool were concerned but I'm sure the Luftwaffe had a very thorough schedule.
The post war rebuild was not of the same quality as the original even with the stone cladding, I went to the Continental thrice and hated it, which is good as I normally loath night clubs. 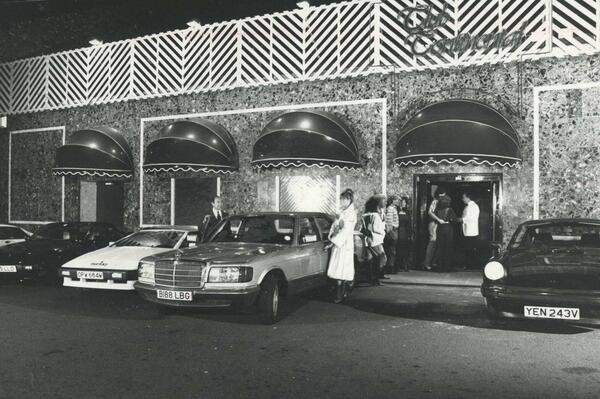 75 Years after the original Luftwaffe redevelopment it now looks like this flattened again in May 2016 by Mee's Demolition, this time, the owners knew. 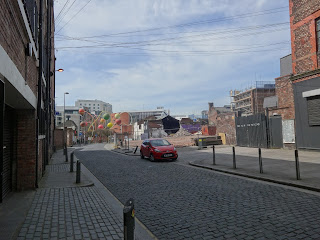 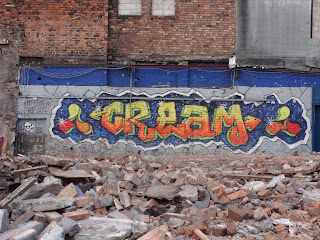 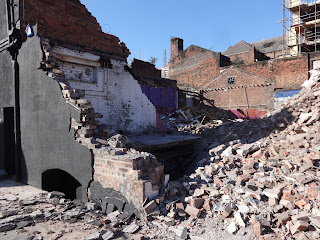 Soon the rebuild will start, back to, if not its former glory, then to at least a more respectable height.

You might not like it but the buildings that housed the clubs were cheaply put up after the war, this is a timely rebuild. Everyone will still have their memories of nights out, in my case, despite lots of therapy. There is nothing lost in this particular redevelopment, it is the final scab falling off a war wound. One more bomb site gone.

There are few people more enthusiastic about electric cars than Robert Llewellyn, better known to some of you as Kryten from Red Dwarf, here is one of his video blogs regarding Orkney.I don't have a problem with most of it but I'm a little concerned about some of Rob's attitudes to hydrocarbons, not the fossil variety or even the biologically variety but the totally synthetic stuff. You can see Rob's opinion when he is shown the old diesel plant, which, I imagine is still kept in good condition to back up the wind.
Orkney's power system is a hierarchy. the first tier is power being generated and then used immediately, the next stage is the large battery, followed by presumably the interconnector or the diesel, then the other.
One a windy sunny and warm day, Orkney will be generating more power than it can use, the batteries will be full and the interconnect will be maxed out, what to do then? Well, the hierarchy seems to be different for using excess generated power that it is for generating power, the diesel section is missing.
Storing electrical power in batteries is highly efficient but the energy density is low and over time the batteries discharge, this means they are good for short term storage. I wonder how long Rob has left one of his cars to see how good the batteries are, it something I'm having trouble finding out.
The US Navy has been developing a system for producing Jet Fuel from sea water on its Nuclear Powered Aircraft carriers. See Fueling the Fleet, Navy Looks to the Seas  and US Navy Announces $3/Gallon Jet Fuel from CO2. So the diesel's part in the hierarchy could be restored.
Rob's criticism of the diesel as being "dirty", might be seen as a reason not to do it, but the dirty bit of diesel comes from impurities in the fossil fuel, others comes from the incomplete combustion of diesel due to a large variety of hydrocarbon compounds in the natural mix. The production of wholly synthetic fuel eliminates most of the impurities and allows the fine tuning of the compounds in the synthetic hydrocarbon, which allows the combustion process to be optimised to minimise particulate output. My own choice for the compound would be Hexadecane (C16H34) but chemists might pick a better compound.

There are other alternatives for longer term storage, such as Cryogenic energy storage, which may be more efficient in the short term, but the one thing that is know about hydrocarbons is that they are stable for a long term, they can survive underground. So while over a few months or years the Nitrogen will boil off, if extra power isn't added.
We also have large amounts of infrastructure to transport and store hydrocarbons, if we one day our fuel stores are full and our environmental plants are producing the power that is needed then, we can put some of the hydrocarbons back where the fossils came from back underground, helping to reduce the excess CO2 in the atmosphere.
Synthetic diesel is a very high-density energy store, there might never be a day when batteries have a high enough energy storage for long range air travel or to produce the power for some of the world's biggest machines, they may but synthetic fuels will be there as a backup and very long term store.
If and when we move to a fusion powered world, we can get rid of windmills we can still make synthetic diesel for those off grid needs, we still pump it underground and Rob's mate Chris can still drive around in his vintage motors.
Whatever we do we need a hierarchy of storage and synthetic diesel seem to be a good candidate for the long term tier as well as for various niche applications. It is no use being sniffy about it, we cannot waste the ideas and material we have invested in hydrocarbons.
The one thing that is gone for good for future cars is the mechanical transmission, the superiority of electric transmission and it ability to match the prime mover speed to produce the energy need efficiently is better than mechanical CVT.
Posted by pirate at 20:40:00 2 comments:

Today is local election day here in the UK and for the first time since I got the vote in 1981, I am not using. The 2 main elections today are for Liverpool Mayor and Merseyside Police & Crime Commissioner. The 2 Candidates I am not voting for are Joe Anderson and Jane Kennedy, in both cases I have personally been abused by them. In Joe's case walking down Dale Street and in Jane's Case when she dismissed a complaint about her staff with the phrase "my staff are above suspicion". Which is not a good attitude to have if you are supervising the police!
I don't like the other parties, so I will not be voting for their candidates. In theory, the Mayoral election is AV, so if no one wins the first vote then everyone but the top two is eliminated and those voters second votes are redistributed. The thing is the Labour party didn't put up 2 candidates, so I cannot vote for another candidate and stay with my party. In essence in Liverpool and Merseyside, the winning candidates will have been picked by the local party selection committee's not the voters. This suits people like Joe and Jane well, it means they can rely on part loyalty and arm bending with the party. It, however, means that the voter is short changed.
The US primary system gets around this but it is an expensive circus, PR ignores the problem completely, the real solution is a proper AV system where each party puts up more than 1 candidate, preferably a number based on the votes the party got at the last election. Then each candidate is eliminated 1 by 1 till a candidate gets over 50%, it is complex but fortunately, we have computers to do the work.
I'm not talking about electronic voting, it could all still be done on paper and then the paper scanned in and the data read, any papers that cannot be read are rejected and entered by hand. Once they have all be done the eliminations would take seconds, though it could be padded out for drama.
This would destroy the power of the selection committees and make the parties more responsive to the voters without the expense of primaries. Joe, in particular, hates it because he couldn't win a popularity competition if he tried, Jane would hate it because her record means that large chunks of the electorate would vote anyone but Jane. This seems to make it ideal as far as I'm concerned, it is more democratic.
There are various pro-PR campaigns knocking around but if you scratch the surface, they still don't want to tackle the power of the selection committees, they just want to have a central list starting with the central parties favourite candidate and working all the way down to canon fodder. Don't be fooled by the PR campaigns they do not want to empower the voter.Just get a better chunk for themselves in opposition.