The AIM of Raspberry PI is a bit off.

I have been playing with a Raspberry Pi for the last few months, my first impressions are generally favourable, if you like Linux or RISCoS then it is absolutely great but me interests are at a somewhat lower level. As a Linux machine it ticks all the boxes for a small in the real world processor. You have the associated development tools that come with Linux plus the opportunity to develop on a full scale machine then cut down for the small machine.
To get down a bit lower and go to BareBones is well supported by users, but less well supported by makers, mainly because the some of the hardware documentation is not available from Broadcom, this especially related to the USB control.
Some development support is available via a special version of QEMU available here. With the original version I'm using NetBeans for development and via an extension accessing the build in DBG in QEMU, in theory it should be possible to do this under Windows, but I cannot get the version of QEMU to work on windows so I'm running it on Ubuntu.
When/if the full hardware emulation is available in QEMU this will make debugging of bare bones code very easy.
If you're trying to decide whether or not you should invest in a PI, the answer is probably not simple. Firstly, if all you want to do is mess around with Linux you be just as happy with an old NetBook, with Linux installed, that way you don't have to bother with getting an extra screen, keyboard etc. You will also have that bit more processing power to play with. Consider digging out any old hardware you have and giving it a new lease of life with Linux.
If you do have a desire to take you PI to places never gone before whether it's as an attachment to a balloon or some item of the internet of things, then the Pi is probably right for you, but you may still be better doing as much dev work on a more powerful machine before moving it to the target hardware.
When it comes to Bare Bones development it is possible, but for the complete novice may not be a bit daunting as there is not a standard set of Libraries for the USB etc, you simply cannot access all of the peripherals. This is something that should have been thought of by the manufacturers, something to allow the complete assembler novice to create a simple Hello World and get simple input, it may not be any use for peoples final project, but it would be an invaluable tool for learning assembler.
I remember the terror in the early 80s of being taught assembler that quickly disappeared when I got to try it out on an AIM65. A boot image which provided specialties similar to the AIM would be a very useful tool and would go a long way to teaching people about computers rather than about LINUX. I don't expect a tape interface, but being able to save to the SD card would do, though if anyone has constructed an interface for reading tapes I'd like to know.
It is only by having a firm understanding of the nature of assembler language that developers can truly understand what a computer is doing and understand its strengths and weaknesses and see new and fresh areas for exploitation.
As it stands the Raspberry PI is not aimed low enough, it suffers from being tied to the fashionability of Linux, but at least it is possible to go out and produce a product which is based on the PI Hardware, that does the job of low level training in an accessible way. If it does truly want to teach the wider community about computers, then in addition to the Linux Boots the box needs to contain a low level framework, like the AIM and a fully hardware compatible emulator for Linux/Windows etc.

Email ThisBlogThis!Share to TwitterShare to FacebookShare to Pinterest
Labels: PI

In various other places I've had arguments with various NIMBY's about some land by Sefton Park, to HS2 everything from the development of 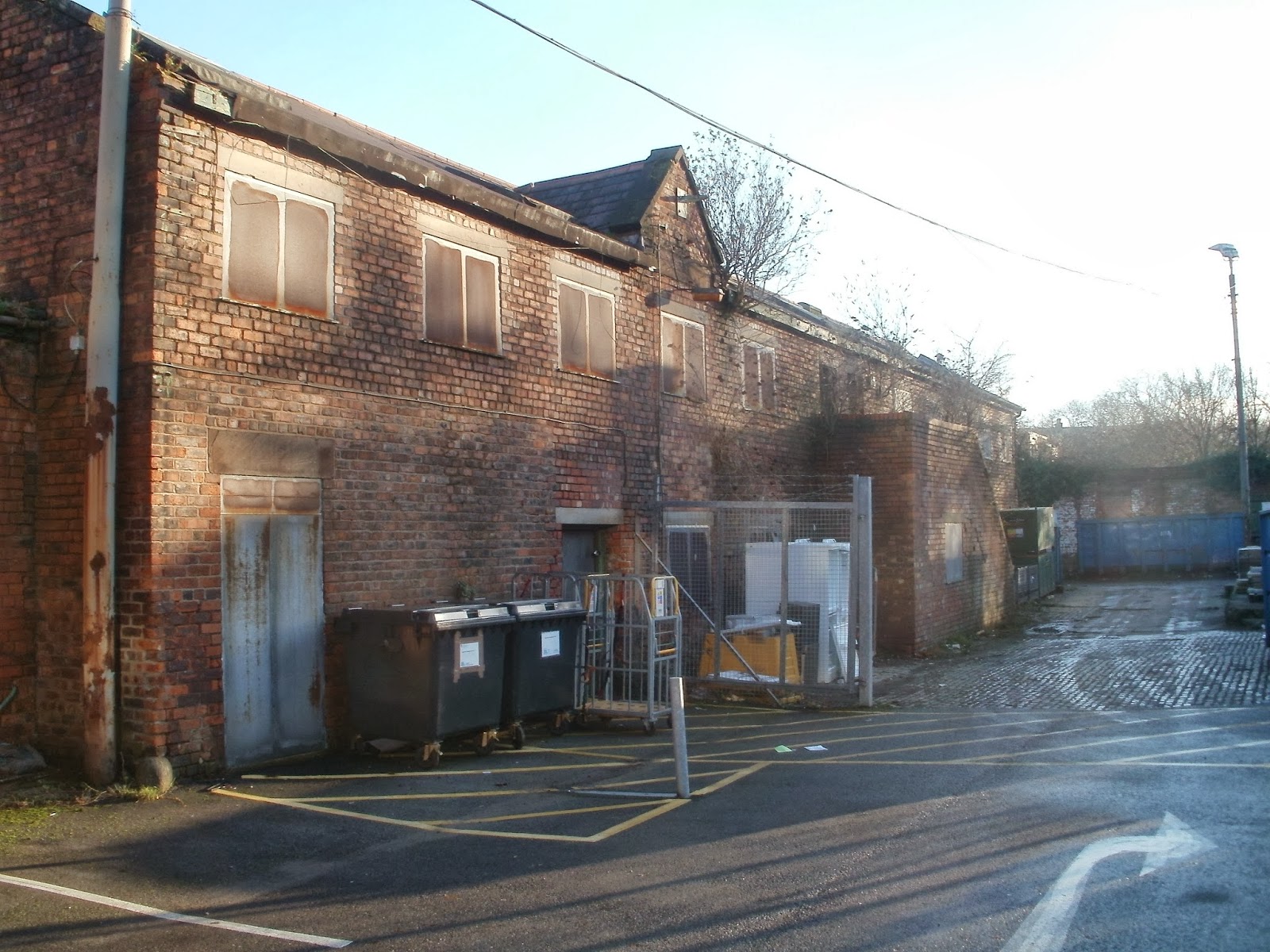 This is the planning app here, the support docs are here.

This is some more info here.

In general, I'm OK with it, but have sent this comment to the council.


"The existing boundary wall gives considerable character to the site and its retention together with the trees on Chatam Street should be considered a priority.
As should the retention of the naturalised border.
The entrance should be via the existing entrance on Vine Street.
Improvements will need to be made to the paths through the trees that border Myrtle street, this could be done by replacing the existing rough track with Grasscrete. 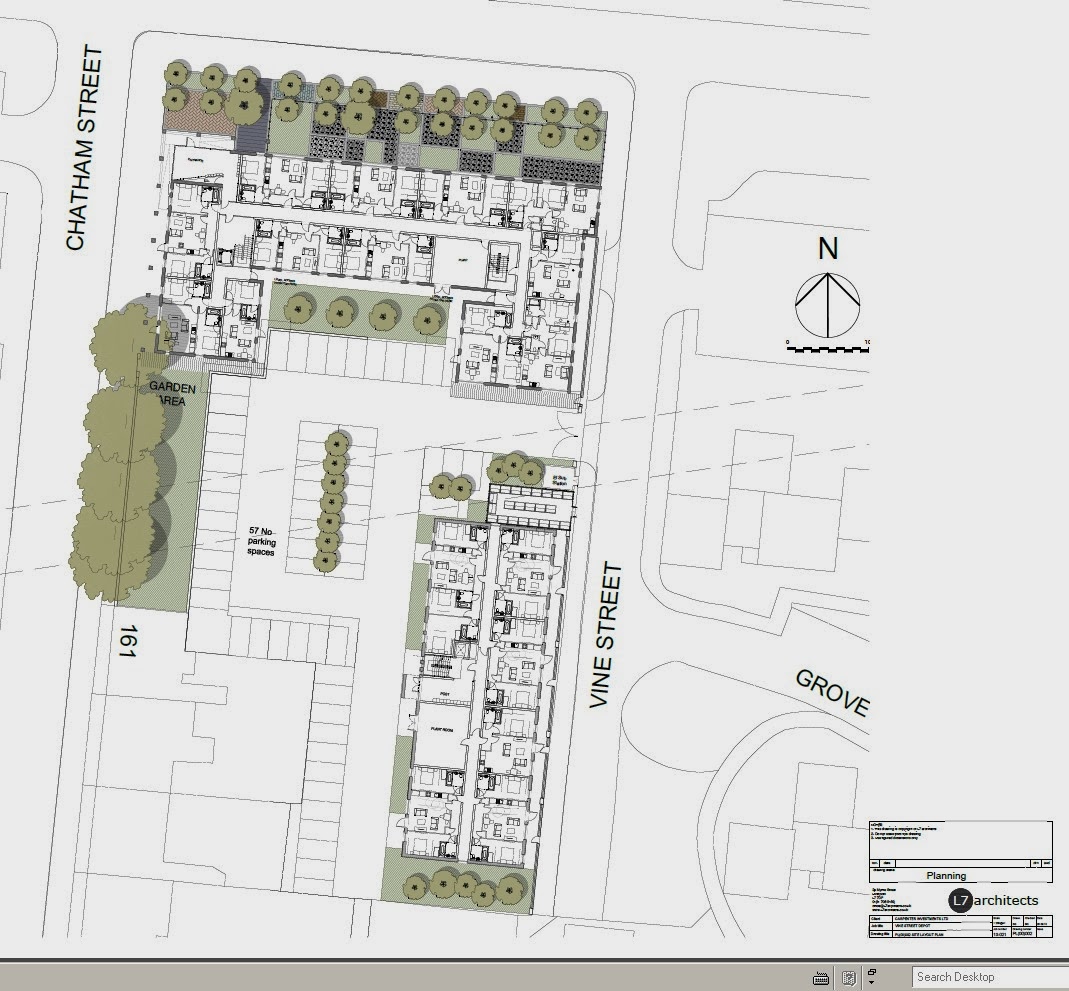 The designs seem to show more of the wall being demolished than I would like. There are some more pictures of the site here.
Posted by pirate at 01:23:00 No comments:

It hasn't taken long into the new year for old Police Scandals to reach the headlines and some new ones to emerge. The most prominent one was the finding of lawful killing in the case of Mark Duggan, as the law stand if you reasonably believe someone is about to try and kill you, you are entitled to defend yourself with deadly force. However, imagine a member of the public in a similar situation, where they have killed someone? At the very minimum the individual would have spent some time in police custody while Plod looked under every stone, checked every motive, it is more than likely there would have been a trial and that until that trial the accused would be held on remand. In short, no effort would have been spared to prosecute. The individual concerned would have been named and had the gutter press go through their lives with a find tooth comb. They would have most likely lost their job and should they ever apply for a job which requires an enhanced CRB check, it would have been flagged up. There is also no chance that the people doing the investigation would be from your gang.
This man who shot someone who was actually unarmed was going on information passed to him, can you imagine trying the defence of "he was dangerous my mate said so".
On top of that we get the latest round of Pleb gate, in which the one person accused suddenly decided to own up and take the wrap. Which conveniently means who will not be cross examined on how he came to write a dishonest email, about a something he didn't see and didn't happen and have the account tally with the accounts of others.
In addition to that we have questions about his mental health both now and at the time of the events. If the Police knew he was not well, why was he serving in a partiulcrly sensitive role, if they did not know, what does this say about their awareness of mental health issues?
On top of this comes allegations that Met Special Branch spied on members of the Hillsborough Support group, something they have not denied. If it is true, was it part of some authorised activity or some freelancing and favours being done for officers like Bettison.
To top this off a Chief Superintendent then appears on TV stating that the investigation have only brought 1 person to court. How ever fails to mention that the organisation doing the investigation is the organisation that employed and at the very least inadvertently provided the framework for any cooperation or liaison between the various officers. Just to make matters more complex the Police Federation seem to have got itself enmeshed in all this, potential using it's own members as soldiers in its political battle with the government.
This spanks of a collection of organisation from government down that are not fit for purpose, they have lost their sense of direction and duty, but just mumble platitudes, with no understanding.
Of course people will claim that these high profile stories do not paint a picture of day to day policing and the investigation of complaints. If so take a look at this Story Two Merseyside police officers sacked for tasering innocent man. It took several years to get to the final result, all that time these officers where serving, again can you imagine if a member of the public had conducted a similar assault?
Posted by pirate at 23:37:00 No comments: