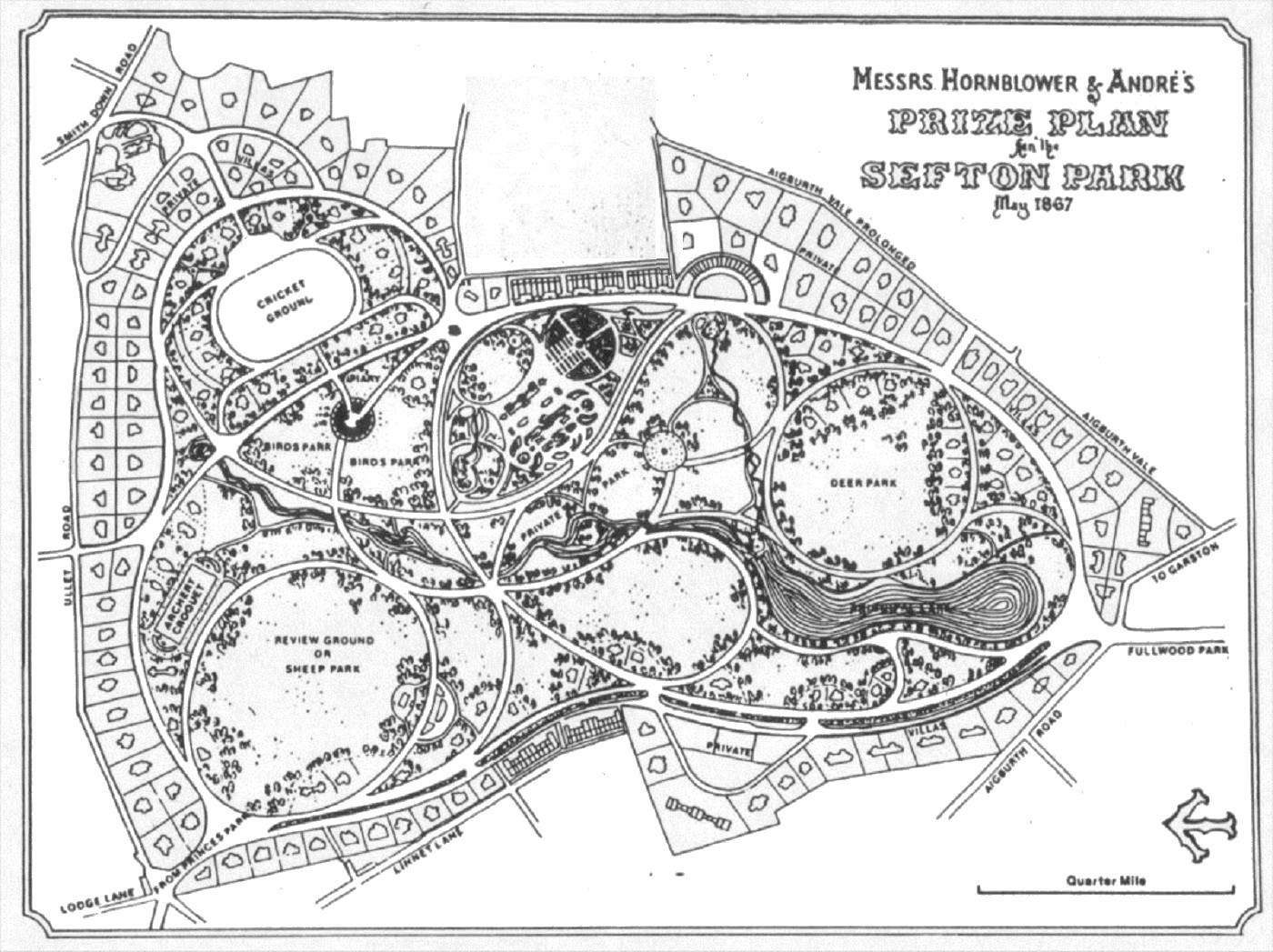 Recently Liverpool Council discovered it owned some land, which due to various economic problems, hadn't been put to its intended use, this was 1867. The original use was for the building of posh houses to fund development of Sefton Park, in the end not all the plots sold. The land is next to Sefton park and are flat fields with trees around the edge, rather like a large lawn and about as environmentally diverse. The trees are mature, assuming they were planted when the park was laid out, makes them just under 150 years, though they could be much younger. I'm not sure if or when the council officially gave up trying to sell the land, if they ever did.
There is, in general, an unwillingness to admit that trees like people get old and will need to be replaced, surely it's better to have a plan for this to harvest the wood when the trees are at their peak, and not wait for rot and decay to set in? If harvested at their prime, the wood is valuable and will hopefully stay as wood locking up the carbon, a new tree can then be planted to consume the most carbon. If people object to selling the wood it can be used by local schools or artist.
Ideally the trees would be planted over a period so that they will all not peak at the same time, failing that a plan should be in place to gradually replace the trees over many years. So that the park is full of trees of diverse ages and no wholesale felling and replanting will be needed, but such planning ahead is verboten.

But it seems that even Liverpool's old nemesis Militant or as they now call themselves the Socialist Party, though they will attach themselves to any cause as per Trotsky's the French turn. So we can expect the UKIP and BNP to campaign against the sell off, as well as any other scum with an agenda they want to hide.
Posted by pirate at 22:54:00 No comments:

I should really be angry about the budget and the terrible state of the UK economy, world, my really sad life but I'm not, not in the slightest. Instead I'm angry about the 1957 Duncan Sandys defense review. This may seem strange to those people who know me as it is usually the Beeching Reports of 1963 and 1965.
In some way the anger is about the same thing the bad planning of the past, trying to work out which bits could have been foreseen as being wrong at those times and which were the result of ignorance and self-interest of the people involved.
If I could spot similar things today would I be able to do anything about it? I would end up sitting here writing more angry letters and getting more and more wound up, then, assuming I am around in 20 years time, whether I'll be getting angry with myself for doing nothing or angry with myself for being wrong.
In the end, for the majority of us, including Beeching and Sandys our utterances and actions are no more than the flap of a butterfly's wing. While some would have you believe that such a thing can have a massive effect that analysis is wrong in reality the butterfly's wing is neither the start nor the decisive move in the entire process, what if the butterfly had never been born, what if one of the later events that didn't happen did.
The universe does not move on a single event but a complex pattern of events, then the only thing we can say for sure is what did not have an effect, we know that anything that happened more than 1 light year away had no effect on anything that happened less than a year ago. Which while it narrow stuff down on a cosmic scale, it does bugger all for humanity or my sense of responsibility except put it into context. Something that happens in the vicinity of Proxima Centauri today has a part to play in something, perhaps everything that happens in 4.24 years but not before.
The gamma ray that was just dispatched from the heart of the star will perhaps hit the top of the atmosphere causing a shower of particles to rain down possibly corrupting some memory, possibly corrupting a data transmission or perhaps proving the nucleation point for a rain drop that will freeze and crack your window. In the end the universe is made up of the flaps of butterfly wings, just being you, means you will flap many times , your overheard and misheard conversation maybe your greatest contribution, you hardest work may have no effect at all.
Posted by pirate at 00:59:00 No comments: