2. To make a mess of when starting from an advantageous position.

3. Exclamation made when you realise you have transformed gold into shit.

I've always believed that honesty was the best policy this is of course for totally moral reasons and nothing to do with the fact that I have a shit memory.  Though I'm not really surprised by stories like "Cereal bars: Healthy image a myth - Which?" however I am quite often taken in by them.
I have wasted a ridiculous amount of time and money buying the light alternative and the snack you can eat between meals without losing your appetite, as part of my diet. When it turns out the beloved Crunchie has less Calories and is cheaper.
Your standard Crunchie bar is composed almost entirely of sugar and milk chocolate. There is not a single nutritional thing in it, but it only contains 185 calories.
The centre of a Crunchie looks like a chunk of two part foam or several failed chemistry experiments from my youth though neither are as tasty as the Crunchie, which is made of cinder toffee which is easy to make without the aid of a chemistry set, apparently you can even do it in a kitchen, see Here, without a white coat and safety glasses but personally, I do not think it would be the same if you did not wear them.
It is an example of how modern marketing works, first take something that has been around for centuries, give it a name, stick it in a shiny wrapper and people will almost forget the origins. Lord Leverhulme would have been proud. It is perhaps the best example of adding value by adding nothing. Having said that I'm off to buy one, but surely someone can produce an Unbranded version. 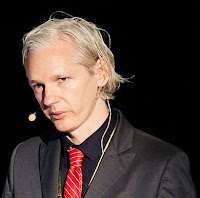 I had thought that I possessed the greatest amount of Anti-Gravitas in the world but Julian beats me by a parsec or two. My own abilities to start off on the moral high ground and jump off it are legendary but to be honest the ground has never been that high, Mr Assange seem to have somehow got himself in a position where he could have done a great deal of good but has sacrificed it all out of sheer arrogance.
By one means or another he acquired, seemingly legally, a large quantity of documents which would expose the detail of what went on in diplomatic circles, though again it is what diplomats always knew and the rest always suspected, there has been just a small possibility that it could have been used to alter the system to make it a bit more honest.
His first problem came with his lack of concern for some of the small people who would be exposed as informants in dangerous parts of the world. Next he decides to take advantage of his popularity to get his end away, well who wouldn't, I definitely would but there are not just honey traps set up by the CIA, but gold diggers, blackmailers, people with axes to grind and media whores out there who would look on Assange as a meal ticket. If you going to put your self in a delicate situation play it a little cautious you have a brand to protect Julian but he didn't.
Exactly what, if anything he is guilty of being a matter for the courts, his own admissions make that clear there is a case to answer but there are some quiet obvious answers to the questions which put him on the right side of the law, I know of at least one person who liked the idea of being woken by an orgasm, though I would have insisted on having it in writing, if it was someone I'd only just met or I wouldn't go for it.
He is not going to be accepted as a diplomat by the UK whatever Ecuador does, so as soon as he leaves he will be arrested, if he doesn't leave time in a Swedish gaol may seem preferable. The only thing he is doing now is making himself look increasingly foolish and destroying whatever Kudos he had earned.
Sooner or later he will just be a fool he started off with lofty ambitions for what he could do, and while he may never have been able to achieve them he has squandered what difference he could make, at every turn he has acted to make himself look petty. I doubt the Swedes would give him to the US, even if they did it would be with a no execution agreement. So he either has to face life in the Ecuadorian embassy or walk out and take the chances with the Swedes, and I think the chances are in his favour, but the more time he spends in Ecuador the more guilty he looks and the more time he like to face for being in breach of his bail conditions.
The way he is acting reminds me of a minor UK pressure group know as the "Freemen of the Land", who are to say the least deluded.
Posted by pirate at 17:11:00 No comments:

Only the trivial is difficult

Once, a long time ago, whilst a student, I lived with a beautiful and erudite woman. This came as a big surprise to me as I'd never really expected it, being a grade A geek and grade B human-being I had not planned for a romantic life at all. People I just didn't get.
Her family didn't seem to like me even though they had never met me, sometime after we split up I heard that her mother had told her something about me, which was strange as, at that time, I'd never met her and we lived 200 miles apart, still to this day it is the one thing that bugs me beyond all others about the relationship.
To be honest the relationship wasn't going to work out, we wanted very different things from life.
I may have seen her several years later and not recognised her, or it could have been some other random angry woman, who had found that under this Adonis like outer shell, lies Beaker, from the Muppets, not ever Dr Bunsen Honeydew. 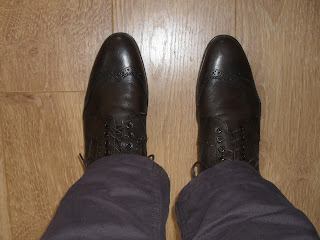 It's clarification of these facts that bugs the hell out of me today, from what I know she is happy and has a family, I am genuinely happy for her, though I do still miss her.
Posted by pirate at 16:19:00 No comments: