Time to grow up and stop killing each other America. 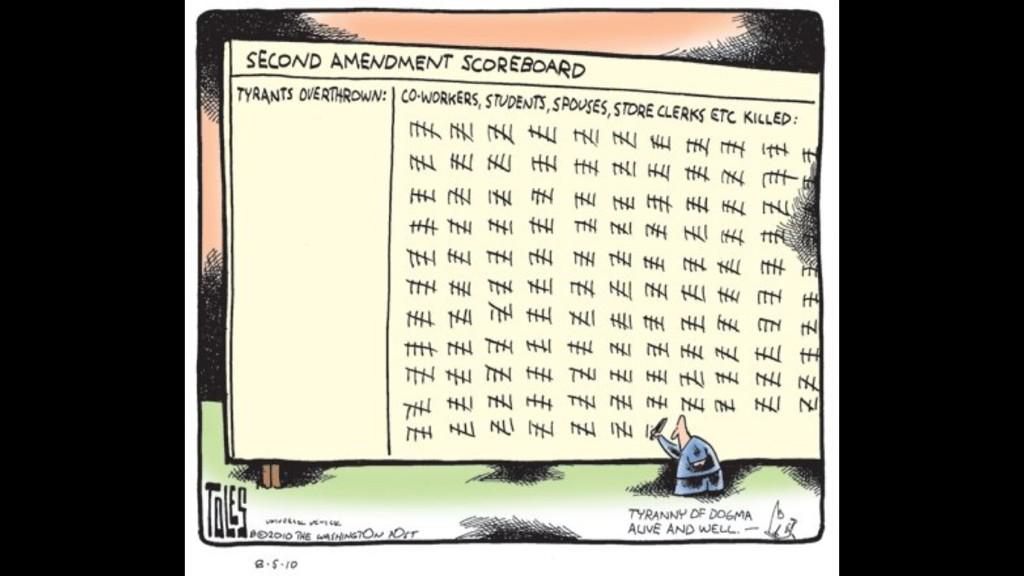 While the USA does not have a monopoly on mass murder, it does, as a nation have its head buried deeply in the sand and refuses to tackle the problem.
A lot of Americans believe in various innate rules, rights and responsibilities these manifest themselves in books like the bible and in the beliefs of the "Freemen of the Land". Fail to live up to any of these and you deserve what you get, whether it be a long prison sentence visited on you by the state or a mass killing visited on you by god.
The American saying "Kill them all and let god sort them out" absolves the killers of any responsibility as those that were killed and where good will bask in a heavenly afterlife and those that were bad will be punished. Life is just preparation for the examination that comes when you are dead. It allows not only barbarism against your neighbours but against people all over the world. It is the trap that Al Qaeda has fallen into, it is the trap of rules defining good and bad, it's the trap of subservience and thoughtlessness. It is the trap of the party that believes in the golden age of the past.
The post life examination is about whether you followed the rules correctly no matter how screwed up they seemed to you. You are absolved of any and all responsibility to do right.
The US constitution is great in many ways brief, succinct and eloquent it is not however perfect and the people who created it knew this and put within it a mechanism by which it could be changed. They put it in for several reasons and in doing so admitted that they could be wrong and that times would change. When it comes to weaponry they have changed dramatically from the mussel loader to the Uzi, from when guns were expensive, as was lead and powder to now when they are cheap. These mass shootings by one or two people simply were not possible in 1777. If they had of been they would have happened.
The Americans are cursed by their addiction to rules and that addiction is lead by religion, a religion that the writers of the constitution did not share. So here is a thought Americans, use the rule that allows you to change the rules, live up to your responsibilities, be the true heirs of the giants who wrote the constitution, stand on their shoulders and see further. Stop hiding behind the rules.